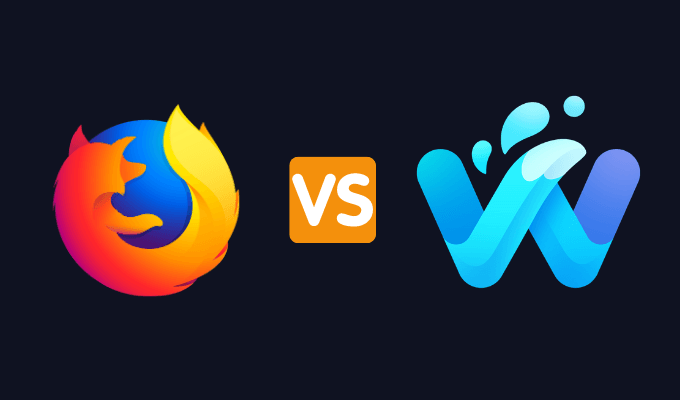 As if you are wondering what is Waterfox then it’s just a web browser that firefox has given as open-source software. It is compatible with x64, ARM64, and PPC64LE systems. There are official releases for Windows, Mac OS, Linux, and Android in two versions: Classic and Current. It has the browser engine of Gecko. Aterfox uses the CSS Engine of Stylo as same as Firefox. The JavaScript engine is of  SpiderMonkey. Many users are still using Waterfox as their main web browser. It is ranked as the 12th most used browser by users all over the world. However, Mozilla Firefox is ranked as the 9th most used browser. So, what makes it so popular that it still beats the other web browsers on the market. There are numerous features that Waterfox makes different from firefox. We have provided the brief differences between Waterfox and Firefox.

Waterfox is widely famous for its excellent privacy. It has claimed that it does not collect any data from its users and use it for any sole purpose of the company. However, somewhat it might be deep down collecting some amount of data as we cannot know unless we check them from its root level.

Waterfox is excellent for the add-ons. Many users appreciate the use of add-ons on the open-source browser. It still supports the legacy add-ons that Mozilla Firefox does not in the current dates. Those are the most beneficial features for most users. As we go through the discussion forums lie Reddit many users appreciate the feature of Waterfox.

Waterfox is the most customizable browser yet in the market. It has a profile management option that you can customize as your own wish. You can synchronize the bookmarks, history, tabs, passwords, add-ons, and preferences across devices. It also has the Passwords and logins manager as well. As you get deeper you will get to know other customization by your own self.

5.Waterfox is less bloated than Firefox

Since Waterfox has removed many features is less bloated than firefox. It has removed the Pocket. As well as Telemetry is no longer available. Start profiling is removed as well. Sponsored tiles on the new tab page are removed. Cooke Prompt has been re-implemented. Data collection is removed as well. And it is faster than Firefox.

Watefox is the one best open-source software in the web browser category. It is improving day by day beating Mozilla Firefox in its own way. However, the uses and choice of selection differed from person to person. So, these all factors make Waterfox different from Firefox.