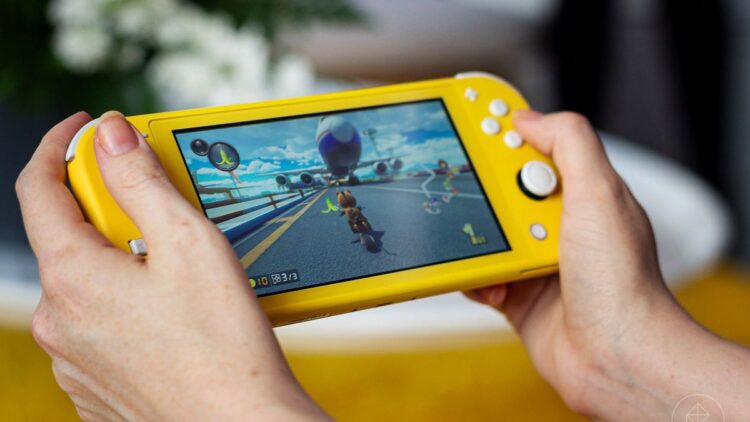 The idea of gaming consoles is expanding worldwide and the graph of their advancement has been escalating every year. Ever since Nintendo released its first Nintendo Switch in 2017, it has gained tremendous popularity in such a short span. However, now it is considered to compete with manufacturers like Sony and Microsoft.

What is Nintendo Switch?

The Nintendo Switch is a hybrid game console in a tablet design. This switch console can be operated in three different modes. It can be used in TV mode as a home console, that is you can dock your external monitor or TV to enjoy the games on a larger display. In the tabletop mode, you can turn the kickstand against the table to share the screen or in portable mode making it possible to play games wherever you go.

Talking about the design features, it is just a plain black plastic tablet weighing about 0.88 pounds with USB and HDMI ports. Also, it has a touch screen of about 6.2 inches and a screen resolution of 1280 x 720 p for crisp and excellent viewing. However, the console is yet to be upgraded to provide a 4K resolution. The top of the tablet consists of the game cartridge slots, a headphone jack, and a power button. Beneath the kickstand on the back of the switch is the micro SD card slot. The plastic kickstand helps to hold the tablet firmly on the table.

When you attach the wireless Joy-Cons at the two sides of the tablet, the switch becomes a console. You can slide on and off the Joy-Cons as per your need and they work seamlessly. You don’t need to configure them each time you slide them on. The switch comes with 32 GB internal storage but you can expand the memory up to 2 TB using the SD card.

The left and right Joy-Cons have different buttons for the operation of the console with analog buttons on both sides placed for comfortable thumb use. The Joy-Cons have face buttons and shoulder buttons with indicator lights and internal sensors. You can find the Joy-Cons in multiple colors like neon red, neon blue, and gray.

It is loaded with a library of popular games like animal crossing, Fortnite, etc that you can play solo or with multiple players. You can link up to eight players using local wireless connectivity for multiplayer gaming. You need to take a paid subscription to Nintendo Online for first-party games.

Is the battery rechargeable?

The Switch is powered by a 4,310 mAh internal battery that has a life span of 6.5 hours. The Joy-Cons consist of rechargeable batteries that last up to about 20 hours. The switch takes about 3 hours to fully charge.

Where can you find Nintendo Switch online?

You can grab your standard it from the official website of Nintendo Store, Amazon, Walmart, Best Buy, and many other retailers.

What is the price of the standard Nintendo Switch?

Is the Nintendo Switch Console worth buying?

It has the worst graphics and battery life as compared to its competitors. Also, it deals with these cons by presenting itself as versatile and full of new games to compete with the rest of the competition. In summary, you can buy the handheld Nintendo Switch for the game libraries and enjoy the game with unique functionalities.

2 thoughts on “What is Nintendo Switch and How To Get One and Use It?”